The Secure File Transfer Protocol (SFTP) is a tool that is used to transfer the data which can be in the form of files, audio, or video securely between the local machine and the remote end server. This is different from other protocols that also perform the same task in the way that it uses encryption and proper authentication method to transfer data between the two hosts. It is very useful for those file transfers through the Internet which require to be sent secretively like financial data or defense data.

Secure Shell is a cryptographic component of internet security. SSH and SFTP were designed by the Internet Engineering Task Force (IETF) for greater web security. SFTP transfers files securely using SSH and encrypted FTP commands to avoid password sniffing and exposing sensitive information in plain text. Since the client needs to be authenticated by the server, SFTP also protects against man-in-the-middle attacks.

SFTP can be handy in all situations where sensitive data needs to be protected. For example, trade secrets may not be covered by any particular data privacy rule, but it can be devastating for them to fall into the wrong hands. So a business user might use SFTP to transmit files containing trade secrets or other similar information. A private user may want to encrypt his or her communications as well.

Secure File Transfer Protocol (SFTP) is a client-server protocol that can be launched either as a command line or through a graphical user interface (GUI).

The SFTP protocol runs over the SSH protocol using the normal SSH port 22 and supports multiple concurrent operations. The client identifies each operation with a unique number that must match the server response. Requests can be processed asynchronously. The SFTP protocol is initiated only when the user logs into an SSH server to avoid leaving additional ports exposed or maintaining additional authentications.

Before you can use an SFTP, you need both an SFTP client and a server. An SFTP client is the necessary software that provides you with the ability to connect to the server. It also makes it possible to upload files to be stored to the server, as well as download files that are already being stored.

An SFTP server is the place in which files are stored and retrieved. The server provides its services so users can store and transfer data safely. The server uses the SSH file transfer protocol to keep the connection secure. A software vendor may store software updates on their SFTP server so that customers can download secure files with an SFTP client.

An SFTP server requires both communicating parties to authenticate themselves either by providing a user ID and password or by validating an SSH key (or both). One-half of the SSH key is stored on the computer of the two clients (private key), while the other half is loaded on the server and associated with their account (public key). Only when the SSH key pair matches, does authentication occur.

What is SFTP Used for?

SFTP is used whenever there is a need to transfer files between systems while maintaining a high level of security.

Potential uses for SFTP include: 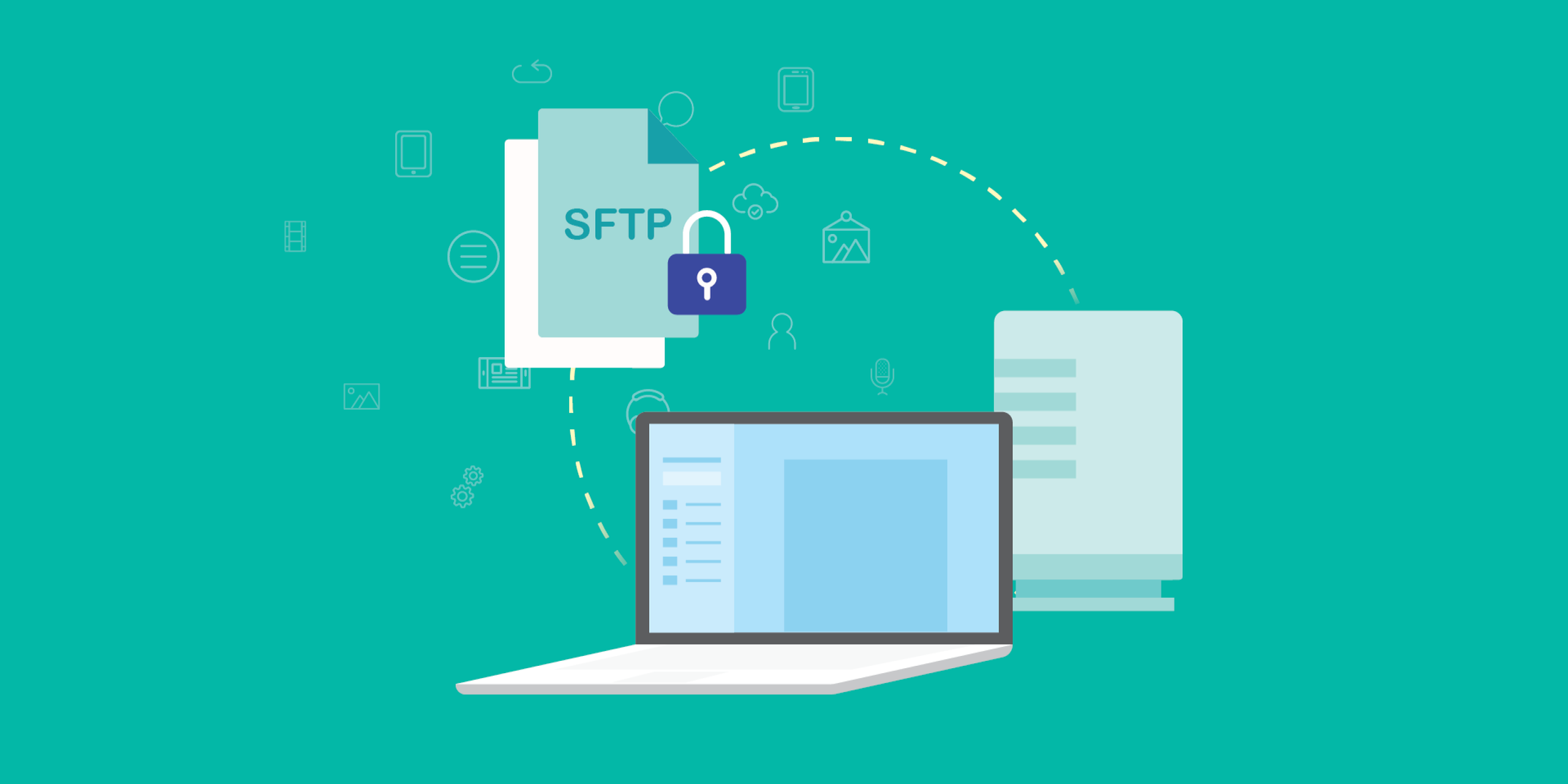 There are many reasons why businesses choose to implement SFTP in their security and privacy controls.

Data security and integrity are crucial priorities for corporations and government bodies. System administrators who need to enforce robust security policies will always implement SFTP over FTP as it is inherently more secure.