In place for more than 35 years, the U.S. Department of Defense first deployed it on its ARPANET (Advanced Research Projects Agency Network) in 1983. Internet protocol version 4, IPv4, is also at a crossroads: its global IP address supply is exhausted. The internet is undergoing a gradual transition to the next version, IPv6, but not without challenges.

In this glossary entry, we’ll explore the basic components of the internet and how they work together, examine the fourth internet protocol version and its modern-day shortcomings, and touch on its IPv6 successor.

What is an IP address?

An Internet Protocol address (IP address) is a unique identifier for devices connected to a network. The unique identifier makes it possible for devices to find and communicate with each other. Initially, the main types of devices that required an IP address included network devices, such as computers, servers, routers, and printers. However, with the Internet of Things, the list includes cell phones, televisions, refrigerators, automobiles, light bulbs, or anything else capable of receiving or exchanging information over a network.

How are IPv4 addresses created?

There are several stages in the history of the creation and development of IP addresses.

In the 70s, employees of the DARPA agency, which is engaged in advanced technologies, decided to work on creating a link between computers. Late in that decade, the development of the first protocol was completed. However, the IP (Internet Protocol) underwent some changes until IPv4 came out. It happened in 1981.

Let’s review IPv4 addresses in more detail. IPv4 is the fourth version of IP, it is the basis of the Internet, and establishes the rules for the computer networks functioning on the principle of the packet exchange. This protocol is responsible for establishing connections between computers, servers, mobile devices based on IP addresses. Information exchange in IPv4 is carried out through IP packets. An IP packet is divided into two large fields: a data field that carries useful information and a header that contains all the protocol functionality.

IPv4 works on the network layer of the TCP/IP protocol stack. The main task of the protocol is to transfer data blocks from the sending host to the destination host, where the senders and receivers are computers that are uniquely identified by IP addresses.

An IP address is a unique identifier for a device (computer, server) connected to a local network or the Internet. It is used for addressing and transmitting data over the network; without it, the device could not determine where it is worth transmitting data. Each device operating over the network (telephone, computer, network printer, server, etc.) needs its own network address.

Now, exactly what is IPv4?

IP (version 4) addresses are 32-bit integers that can be expressed in hexadecimal notation. The more common format, known as dotted quad or dotted decimal, is x.x.x.x, where each x can be any value between 0 and 255. For example, 192.0.2.146 is a valid IPv4 address. 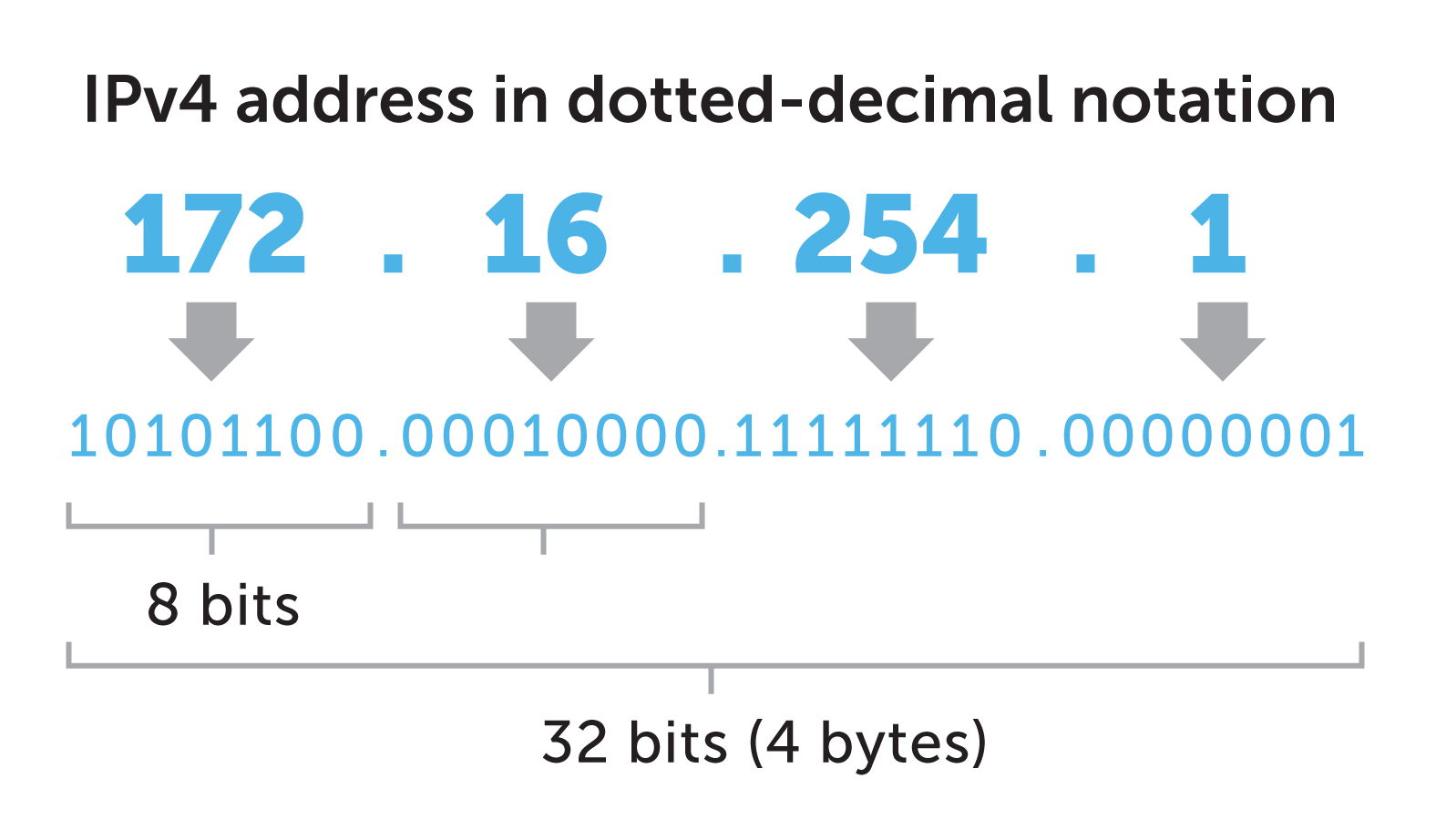 What Are IPv4 Address Classes?

An IPv4 address class is a categorical division of internet protocol addresses in IPv4-based routing.

Separate IP classes are used for different types of networks. Some are used for public internet-accessible IPs and subnets, that is, those networks behind a router (as in classes A, B, and C). As well, some classes are reserved by the Internet Engineering Task Force (IETF) and the Internet Assigned Numbers Authority (IANA) for specific purposes. These special ranges are used for multicasting of identical data to all computers on a network or subnet or for research (as in classes D, E).

Within this notation, classes are mainly differentiated by the number of bits they have for the network and the number of bits used for hosts. IP addresses are notated in four groups of three-digit representations of 8 bits of binary in base 10-formatted notation for a total of 32 bits. The groups are separated by periods starting from zero (which in binary would be 00000000); the highest number in a grouping is 255 (or 11111111).

Prior to the introduction of  IPv6 as a solution to the internet’s running out of addresses, the idea of opening the class E addresses was hotly debated. While forming the basis for IP address assignment, the system of IP address classes described here is generally bypassed today by the use of Classless Inter-Domain Routing (CIDR) addressing.