Home » Blog » What is Grid Computing?

What is Grid Computing?

Grid computing is defined as a distributed architecture of multiple computers connected by networks that work together to accomplish a joint task. This system operates on a data grid where computers interact to coordinate the jobs at hand.

What is Grid Computing?

Grid computing is a processor architecture that combines computer resources from various domains to reach the main objective. In grid computing, the computers on the network can work on a task together, thus functioning as a supercomputer.

Typically, a grid works on various tasks within a network, but it is also capable of working on specialized applications. It is designed to solve problems that are too big for a supercomputer while maintaining the flexibility to process numerous smaller problems. Computing grids deliver a multiuser infrastructure that accommodates the discontinuous demands of large information processing. 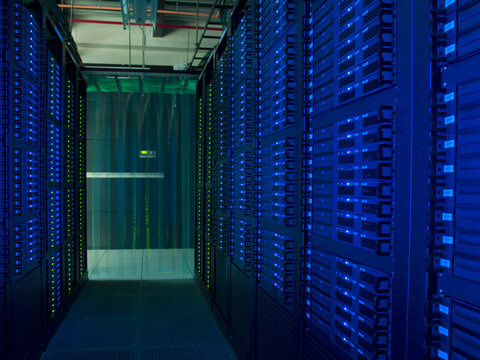 It works by running specialized software on every computer that participates in the data grid. The software acts as the manager of the entire system and coordinates various tasks across the grid. Specifically, the software assigns subtasks to each computer so they can work simultaneously on their respective subtasks. After the completion of subtasks, the outputs are gathered and aggregated to complete a larger-scale task. The software lets each computer communicate over the network with the other computers so they can share information on what portion of the subtasks each computer is running, and how to consolidate and deliver outputs.

With grid computing, specialized software runs on every computer that participates in the data grid. This controller software acts as the manager of the entire system and coordinates various tasks across the grid.

What are the various types of Grid Computing?

Use Cases of Grid Computing

The concept of grid computing is explored end to end by academics to research communities. Its scope and deployment became essential and mandatory in the market similar to the internet. But the business has begun to stick on to its advantages by enabling new types of business and financial models.

In the industry and financial services, it can be implemented to speed up the transaction of trade and shrunk any high volume of data. In the field of IT, it enables the possibility to carry over any critical missions and circumstances that might not permit any downtime at all. The government agencies use grid computing to secure, segregate and pool up the higher dimensional stockpiles of information.

An organization like military and civilian agencies might require data integrity capabilities and a faster rate of information access involving collaboration with millions of cross-agent data repositories. There are many organizations involved in analyzing, such as genome resources and development in the pharmaceutical field, which relies on grid computing to clean, process, compare and cross-tabulate the enormous amount of data. The faster processing of data is a remarking edge in the deciding factor.

Grid computing has proved beneficial for various industry verticals, such as IT, automotive, aerospace, astronomy, physical sciences, life science, and even the media industry. By distributing work across the network nodes with it, organizations can complete tasks much faster, irrespective of the geographic spread of the nodes.

As grid computing evolves, more and more industries need to ascertain how best to embrace it by developing versatile networks, accelerating their business processes, and building holistic success.