Home » Blog » VPN vs VDI – What Should You Choose?

VPN vs VDI – What Should You Choose?

It has become pretty common to work from home as the world slowly moves to the inevitable work of your office that you can do at your home. Several organizations have begun actively exploring remote work options to grow their business platform larger in many ways. It requires specific security in the form of VPN vs VDI that you can use at every time and these two have become one of the prime and indispensable considerations of business requirements at every certain point in time. It is about virtual workspaces that manage seamless workflows among employees spread across the globe and thus you can have a great experience managing your business with the best remote access that you need at your convenient time Is required.

What is a VPN?

VPN stands for Virtual Private Network. It creates a secure tunnel or network connection between a device and the corporate network. VPN software is typically installed on PCs, laptops, and mobile devices, though some operating systems also have built-in VPN apps. To use it, the user simply has to log in with their credentials and any multifactor authentication, then the VPN will connect the device to the company network.

VPNs have been around for a long time so they’re the most common type of remote access solution and also the cheapest. Users can simply install a VPN on any regular laptop and they’ll be able to access office files, databases, etc., from home. However, this does pose some challenges, including connection speeds, system updates, and overall corporate security.

Virtual desktop infrastructure (VDI) is a virtualization system that consists of hosting desktop environments on centralized servers and deploying them to end-users (i.e. employees) over the network. The desktop environment is accessible on any device using certain applications and can be personalized as well.

With VDI, servers typically reside on-premise or in the cloud (online). Each device in a VDI system is capable of functioning independently, but they all can be managed from a single control point if need be. These separate virtual machines have dedicated resources available to them, resulting in better overall security.

There’s also room to improve performance and customization capabilities. For instance, you need multiple desktop PCs for your employees. If every employee’s computer has different security configurations, it’ll have to be upgraded constantly. Using VDI, you can carry out the processes remotely in a virtual environment. 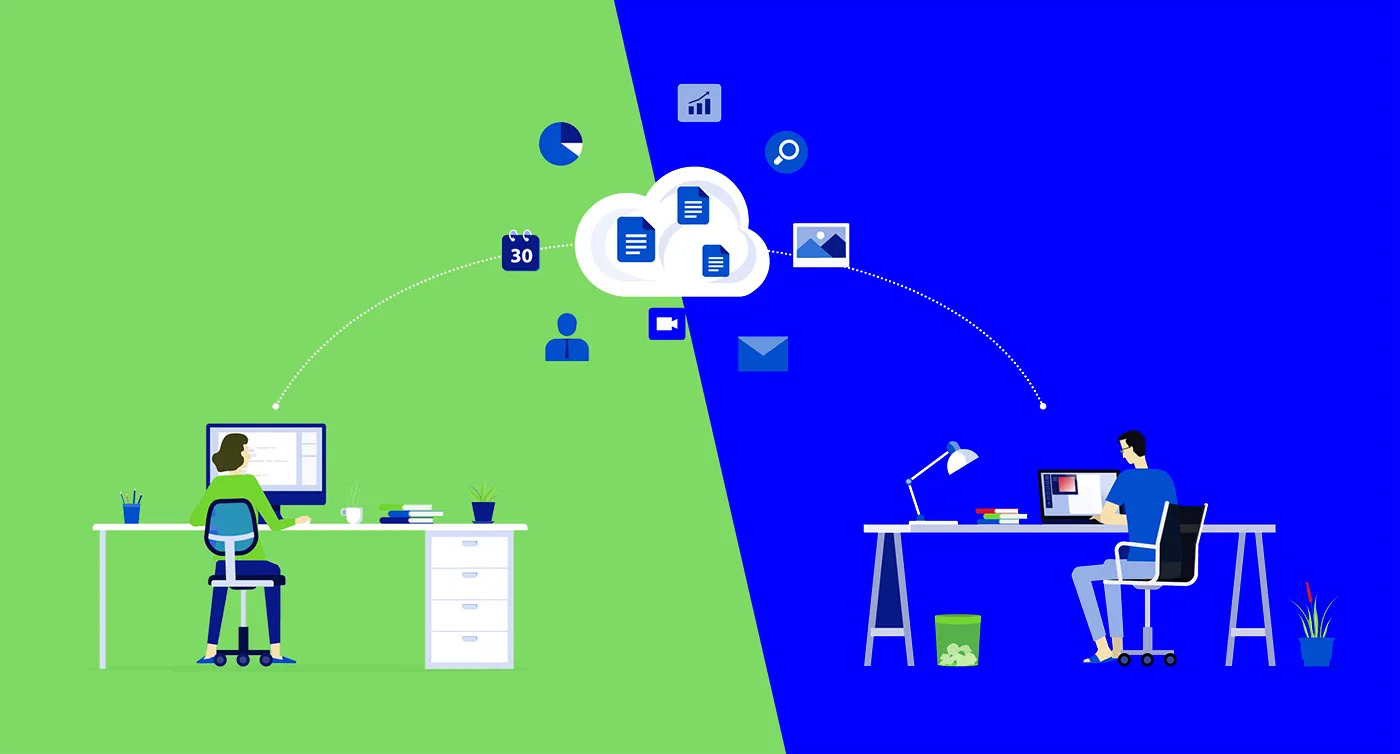 VPN vs VDI: What are the Differences?

A VPN is different from a VDI in the sense that it only offers a point-to-point connection through a secured, encrypted tunnel. Unlike the VDI, the processing in a VPN takes place on a user system. Therefore, in a VPN, the user experience depends entirely on the system you use (a PC or a Mac).

On the other hand, all users in a VDI work on their friendly Windows system interface. This enhances the comfort factor for all the users. An administrator may even allow you to customize (to some extent) your desktop interface to your liking. That way, you can give your desktop interface the look and feel that you are most accustomed to.

There is a big difference in how VPN vs VDI handles data. VPN protects the data while it is in transit, sending it over an encrypted tunnel. While the tunneled data arrives safely to the user, it has no security limits once it is on the client’s machine. It can be moved and copied to the client’s devices without restrictions. Having company files copied locally can present a danger for a potential data breach.

When using VDI, applications, and data remain on the virtual machine running the workstation. Therefore, files are protected on company servers or the cloud. Administrators can configure virtual desktops to restrict moving data outside the corporate network.

VDI emerges as a better remote working solution as far as the overall system performance is concerned. Especially for businesses that rely heavily on connection speeds and processing power such as the graphics industry. A VDI is faster and offers better performance and user satisfaction with its compartmentalized, dedicated resources for each user. 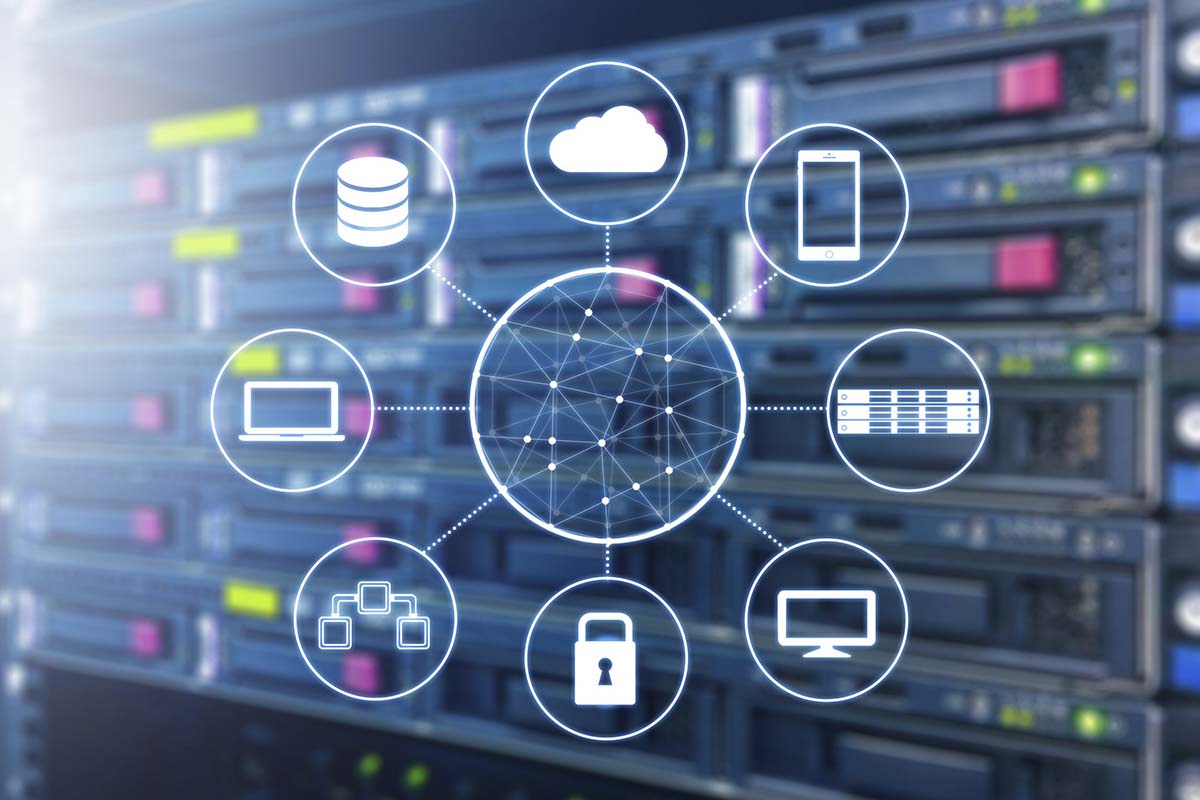 In general VPN solutions are offered for a lower cost. This is because there is no extra hardware required for a VPN. Moreover, all users can use their existing devices. But for a VDI, there should be extra software needed for hosting the VDI system. This makes it expensive compared to a VPN solution.

When it comes to VPN management, the VPN server itself is easier and less expensive to maintain. However, maintaining the client devices is more complex since they are utilizing off-site resources. This requires connecting to the device for troubleshooting or updates.

Unlike with VPN, admins can easily update and fix issues on a virtual desktop infrastructure because they have centralized system management. With centralized access, admins can update multiple devices at once and have close control over the system. Still, maintaining such a system also includes running and managing multiple VMs for different functioning. Due to the system’s complexity, this solution requires skilled admins who can configure and ensure everything is set up properly.

The user experience in VDI solutions is faster compared to a VPN. This is because of the resources that are shared and adjusted to each other. As a result, the overall experience when using the system is quicker. It is obviously the best choice for all the people out there working with graphics-intensive applications. But the VPN completely depends on the speed of the internet connection and the hardware. Moreover, the data sent through a VPN connection is encrypted. This makes the process of sending large files to be actually slower.

VPN vs VDI: Which One is Better?

There is no simple answer to the question of whether VPN or VDI is better. Generally, it depends on your specific use case and the factors that play a significant role.

To sum up, VPN is more suitable for smaller businesses as it is cost-effective, easy to implement, and simple to use. However, if you are dealing with a larger workforce where high performance and graphic processing are required, VDI is a better choice.