Virtualization vs Cloud Computing: The Differences

Virtualization is a process that uses software to create computer-generated versions of servers, applications, data centers, and other types of hardware that behave just like their physical counterparts.

Virtualization software uses a thin layer of software, known as a “hypervisor,” which allows one computer to host multiple virtual machines (VMs). VMs are software containers that run their own operating systems and behave like independent computers–despite running on a small share of the underlying hardware.

The hypervisor also allocates computing power to each VM as needed for more efficient hardware utilization. Virtualization technology allows companies to apply a cloud-like delivery model to their on-site infrastructure to improve internal workflows, security, and performance. Companies can also virtualize their infrastructure, software, or platforms to deliver a range of services to their end-users. 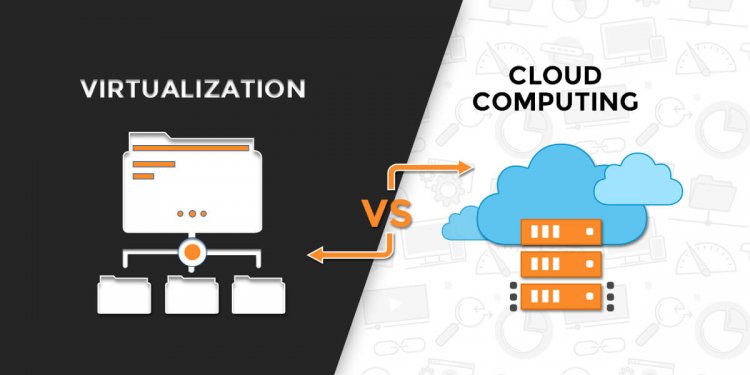 What is cloud computing?

One of the significant differences between the cloud and virtualization is their respective independence. While virtualization can be brought in using a hypervisor, a cloud environment is not possible without virtualization.

Virtualization can support VMs according to the capacity of the physical hardware. More host machines may be added, but this would require additional spending for physical infrastructure. Cloud capacity is practically limitless, with the service provider taking care of the hardware requirements. Allows companies to scale up or down according to their needs.

Virtualization needs major investments in hardware, storage, etc. This means, there’s not a ton of flexibility in terms of infrastructure. With cloud computing, the subscription model allows users to try different solutions, as well as cancel or upgrade plans within a couple of clicks.

The configuration of virtual machines limits scalability. Cloud can be extended as much as you want.

Although both allow you to access virtual copies of the physical hardware, the resources in a cloud setup can be housed at different geographical locations. This gave them better anti-disaster protection with wide recovery options. Whereas VMs are more susceptible to data loss in case of a disaster.

You need to dedicate considerable resources and financial investment to availing virtualization solutions within your organization. The same is the case with in-house cloud servers, and the setup requires substantial investment. However, if you choose cloud computing from a cloud provider, the services are available as a pay-per-use model. You can also try them on a trial basis before making any serious financial commitment.

Virtualization vs Cloud Computing: which one do you need?

Many people confuse the two because these technologies work together to provide different types of services. However, in cloud computing, all the software and applications uploaded on remote servers and machines are controlled and owned by third parties.

If you are looking to enhance the efficiency of your hardware, or you want to create a computing system with redundancies to prevent data loss, virtualization is the approach you’re looking for. By contrast, cloud computing allows you to upload, store, migrate, access, and protect files online – often across virtualized networks.

Though there are major differences between the two technologies, each helps contribute to the other. Through virtualization, you can operate and access networks from a single computer. On the other hand, cloud computing services are run on the internet, where you can obtain remote access from any computer, regardless of the distance from your files.