Many businesses and individuals across the world make use of web-based emails, cloud storage platforms, project management tools, etc. Ever wondered how these services are made available to you over the internet? That’s what visualization is all about. You’re able to use these services because the primary tool has been virtualized. Virtualization exists in different types, which we’re going to discuss in this article. But first:

What is Virtualization, Technically?

Virtualization is a technique of how to separate a service from the underlying physical delivery of that service. It is the process of creating a virtual version of something like computer hardware. It was initially developed during the mainframe era. It involves using specialized software to create a virtual or software-created version of a computing resource rather than the actual version of the same resource. With the help of Virtualization, multiple operating systems and applications can run on the same machine and its same hardware at the same time, increasing the utilization and flexibility of hardware.

In other words, one of the main cost-effective, hardware-reducing, and energy-saving techniques used by cloud providers is virtualization. Virtualization allows sharing a single physical instance of a resource or an application among multiple customers and organizations at one time. It does this by assigning a logical name to physical storage and providing a pointer to that physical resource on demand. The term virtualization is often synonymous with hardware virtualization, which plays a fundamental role in efficiently delivering Infrastructure-as-a-Service (IaaS) solutions for cloud computing. Moreover, virtualization technologies provide a virtual environment for not only executing applications but also for storage, memory, and networking. 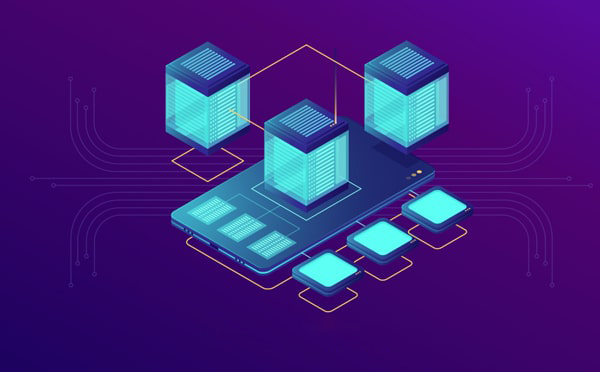 Virtualization is implemented in different ways, depending on the programs. There are 5 types of virtualization, which you’re going to learn below.

Many of you do know desktop virtualization – the most prominent example is Windows Server terminal services. The terminal server provides its computing resources to the clients, and the client application is running on the server, while the client receives only the “image”. This kind of access model allows decreasing requirements for hardware, software, and network bandwidth on the client’s side, as well as increasing security. As terminal clients, even smartphones or old computers can be used.

Working with the terminal server does not necessarily mean having a high-speed connection to the local network. This makes terminal solutions suitable for companies with a highly distributed structure. Besides, thin clients significantly increase security, because users may run only a limited set of applications. Moreover, no information can be copied.

One more advantage is simplified administration: it is easier to update applications; any user’s terminal session can be connected remotely without installing additional software.

Virtualizing an app allows for seamless use for the end-user, making it possible for the employee to work remotely with the same key programs installed in the office. When virtualized, apps work in what is called a sandbox, an environment that runs separately from the operating system. While operating in this sandbox, any changes will appear to run in the operating system, though the app is pulling operating power from the sandbox.

There are two distinct kinds of application virtualization:

With just one instance of the app to manage and fix, an organization’s IT professionals can save time and effort through app virtualization compared to installing the app on each user’s computer. Any patches or updates only have to be done once instead of potentially hundreds or thousands of times. Large enterprises can find the savings generated by app virtualization substantial as employees can access virtualized apps through cost-effective computers.

The technology of server virtualization allows you to run several logical units on one server – virtual machines, which fully replicate the work of independent physical servers. This enables the placement of several dozens of independent operating systems and corporate applications on a single piece of equipment, using the IT infrastructure more efficiently.

Server virtualization is useful for testing purposes. For example, new applications or operating systems can be tested before deployment in a virtualized environment without having to buy hardware.

Virtualization helps to reduce the number of servers by consolidating them, i.e. instead of multiple servers, you can deploy only one and run as many guest OSs in a virtualized environment, as you want. This will save on the cost of purchasing equipment, as well as reduce power consumption.

This type of virtualization is very easy and cost-effective to implement since it involves compiling your physical hard drives into a single cluster. Storage virtualization is handy when it comes to planning for disaster recovery since the data stored on your virtual storage can be replicated and transferred to another location. By consolidating your storage into a centralized system, you can eliminate the hassles and costs of managing multiple storage devices.

As you already know about virtualization, it is all about moving a developed program that plays specific functions into the virtual space—the internet, of course. Network virtualization is a combination of all physical equipment used for networking into a single software. This software is then pushed to the internet as a service for general use. Network virtualization also involves dividing bandwidth into several independent channels, each assigned to servers and devices.

Network virtualization can benefit businesses with large users that need to keep their systems running always. It helps speed up networks for effective service delivery. 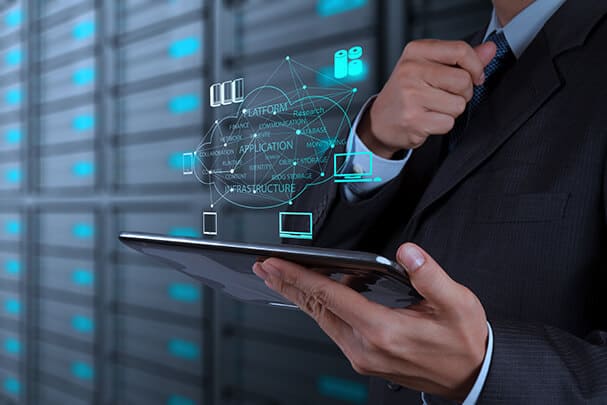 Which Type of Virtualization ought your business utilize?

As ‘virtualization’ has at the latest become a small amount of slogan, firms are moving over to the virtualization mode. We regularly come across queries from firms looking for a way to virtualize, or whether they also must be within the initial place.

The thought to virtualize ought to stem from a demand-driven discussion and we’d like to have such communication with customers. Approach us to plan a suitable time to speak concerning the doable virtualization desires, and be able to answer queries like:

Via a range of queries and research, we will purpose customers within the path of the form of virtualization which may facilitate their business to upgrade.

Storing records of where stays everything and the way their various resources are utilized for virtual resources – is important, thus buying solutions that are simple to utilize and various tools which facilitate their measure and monitor utilization.

Virtualization is not a remedy for all. However in many cases, the productiveness, proficiency, safety, and price benefits surpass any problems, and therefore, virtualization is unceasingly attaining quality and publicity.