SSL vs TLS – What’s the Difference?

SSL vs TLS certificate is a cryptographic protocol that encrypts data being exchanged/transferred between the web server and a user. Internet security is a jargon-filled world. For a newbie, it is a nightmare to make sense of these terms and how they work together.

It takes a lot of prodding to understand how they work and how they are different from one another. If you have been reading about SSL recently, you would have stumbled across TLS as well. SSL refers to Secure Sockets Layer whereas TLS refers to Transport Layer Security.  Basically, they are one and the same, but, entirely different.

A Brief History of SSL and TLS

SSL vs TLS are both cryptographic protocols that provide authentication and data encryption between servers, machines, and applications operating over a network (e.g. a client connecting to a web server).  In reality, SSL is only about 25 years old. But in internet years, that’s ancient. The first iteration of SSL, version 1.0, was first developed in 1995 by Netscape but was never released because it was riddled with serious security flaws. SSL 2.0 wasn’t a whole lot better, so just a year later SSL 3.0 was released. Again, it had serious security flaws.

At that point, the guys at Consensus Development took a crack at it and developed TLS 1.0. TLS 1.0 was incredibly similar to SSL 3.0 – in fact, it was based on it – but still different enough to require a downgrade before SSL 3.0 could be used. As the creators of the TLS protocol wrote: “The differences between this protocol and SSL 3.0 are not dramatic, but they are significant enough that TLS 1.0 and SSL 3.0 do not interoperate.”

Downgrading to SSL 3.0 was still dangerous, though, given its known, exploitable vulnerabilities. All an attacker needed to do to target a website was downgrade the protocol to SSL 3.0. Hence, the birth of downgrade attacks. That ended up being the nail in the coffin for TLS 1.0.

TLS 1.3 makes significant improvements over its predecessors and right now major players around the internet are pushing for its proliferation. Microsoft, Apple, Google, Mozilla, and Cloudflare all announced plans to deprecate both TLS 1.0 and TLS 1.1 in January 2020, making TLS 1.2 and TLS 1.3 the only game in town.

At any rate, we’ve been using TLS for the past couple of decades. At this point, if you’re still using SSL you’re years behind, metaphorically living in a forlorn era where people still use phone lines to dial on to the internet.

SSL vs TLS: The Key Differences Between These Protocols

In SSL, the hash calculation also comprises the master secret and pad while in TLS, the hashes are calculated over handshake message.

These are the essential differences between an SSL vs TLS certificate. Like I mentioned before, it takes a trained eye to understand the differences. 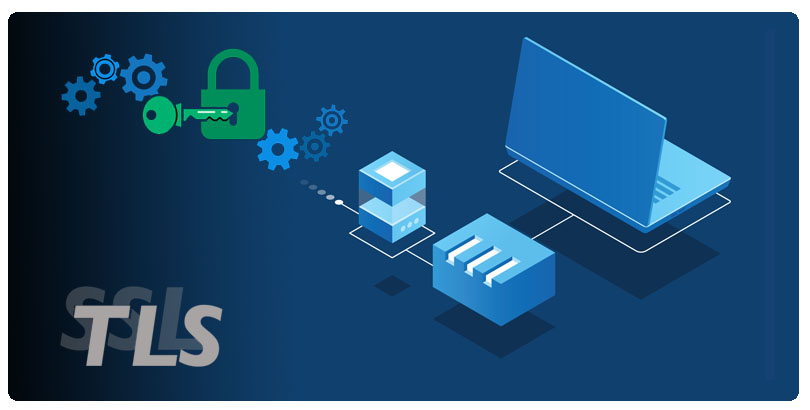 Well, of course not. That’s because both “SSL certificate” and “TLS certificate” essentially mean the same thing: They’re both X.509 digital certificates that help to authenticate the server and facilitate the handshake process to create a secure connection.

Some people call them “SSL certificates,” while others refer to them as “TLS certificates.” The name doesn’t matter much because a certificate isn’t the same thing as the protocol. Whatever you call them, what matters is the protocol that it operates on. And these protocols are determined by your server configuration, not by the digital certificates. So, you must make sure that your web server supports the latest TLS protocols.

Having said all this, these certificates are mostly called “SSL certificates.” Many people have started using the term “TLS certificate,” but you don’t need to get confused between them as both mean the same thing.

To sum everything up, TLS and SSL are both protocols to authenticate and encrypt the transfer of data on the Internet. The two are tightly linked and TLS is really just the more modern, secure version of SSL. While SSL is still the dominant term on the Internet, most people really mean TLS when they say SSL, because both public versions of SSL are not secure and have long since been deprecated.