Home » Blog » Serverless Security: Everything you need to know

Serverless Security: Everything you need to know

In the last 20 years, we’ve witnessed an unprecedented wave of technological abstraction: virtual machines that allowed multiple, isolated images to run on a single piece of hardware, containers that are a form of operating system virtualization, and most recently serverless computing. Despite being a nascent field, serverless security will become increasingly important as enterprises adopt serverless computing due to its many benefits.

What is Serverless Security?

What are the benefits?

While serverless may seem like a new security challenge, it provides more security benefits than traditional infrastructure orchestration.

While deploying serverless applications, One no longer owns OS hardening, SSh, admin rights, and segmentation. AWS, Google, and Microsoft are reliable at keeping their parts patched and secured.

Smaller Microservices enable one to do better IAM. One has the opportunity to implement security policies for small things, and this can result in reduced attack surface.

Serverless functions consume input data from a variety of event sources, including HTTP APIs, cloud storage, IoT device connections, and queues. This significantly increases the attack surface, since some of these parts may contain untrusted message formats which may not be properly reviewed by the standard application layer protection. The connection links used to fetch input data (such as protocols, vectors, and functions) could be used as points of attack if their independent vulnerabilities are exposed.

Serverless applications are prone to cyber attacks due to insecure configurations in the settings and features offered by the cloud service provider. For instance, Denial-of-Service (DoS) attacks often occur in serverless applications due to misconfigured timeout settings between the functions and the host, where the low concurrent limits are used as points of attack against the application. Attackers can also exploit the function links by interjecting the function calls where they elongate the function events to execute longer than expected, allowing Denial-of-Wallet (DoW) attacks and increasing the cost of the serverless function. Using unprotected functions from public repositories (like GitHub and S3 buckets) also causes DoW attacks due to the leakage of sensitive data. This is because attackers take advantage of the exposed functions with unprotected secrets and keys that are hardcoded in the code.

Serverless applications are stateless, and the use of microservices in their architecture exposes the moving parts of the independent functions to authentication failure. For instance, if just one function’s authentication is mishandled in an application with hundreds of serverless functions, it will impact the rest of the application. Attackers could focus on one function to get access to the system through different methods, such as dictionary attacks and automated brute force.

The Threat of Over-Privileged Functions

The serverless ecosystem relies on many independent functions, and each function has its roles and permissions. The massive interaction between functions might sometimes cause functions to be over-privileged in their rights. For instance, a function that constantly accesses the database and updates other functions could be a huge risk because of its visibility to actors. 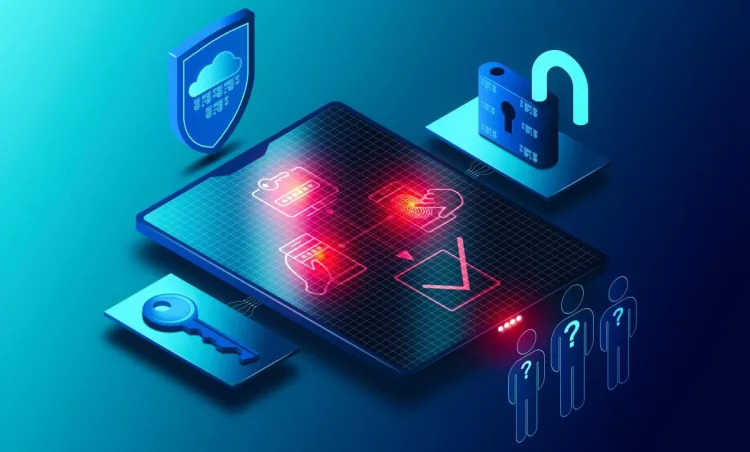 The Challenges of Serverless Security

Designing a security solution for serverless architectures and applications is very difficult for a few key reasons:

Serverless functions pose some unique challenges to security. Monitoring and visibility are important, but often neglected, aspects of this. Developers and security teams who implement robust monitoring and alerting mechanisms can greatly improve their serverless security posture, and in so doing, can help their organizations reap the increased velocity benefits of serverless computing.