Function as a Service (FaaS) Explained

One of the key services provided by cloud computing is Function as a Service (FaaS). Cloud computing is an on-demand availability of data storage, servers, databases, networking, and other computer system resources without human intervention. These services are provided to customers through the internet. As the resources are not tightly coupled and communication between different components happens over the network, hence network latencies and network reliability play a key role. Cloud computing provides high availability, elasticity, performance, and ease of use. It follows a distributed architecture and helps customers build a highly available and reliable solution that can easily scale up/down and provides higher performance and computing powers.

What is Function as a Service (FaaS)?

Function as a Service (FaaS) is a type of cloud-computing service that allows you to execute code in response to events without the complex infrastructure typically associated with building and launching microservices applications.

Hosting a software application on the internet typically requires provisioning and managing a virtual or physical server and managing an operating system and web server hosting processes. With FaaS, the physical hardware, virtual machine operating system, and web server software management are all handled automatically by your cloud service provider. This allows you to focus solely on individual functions in your application code. 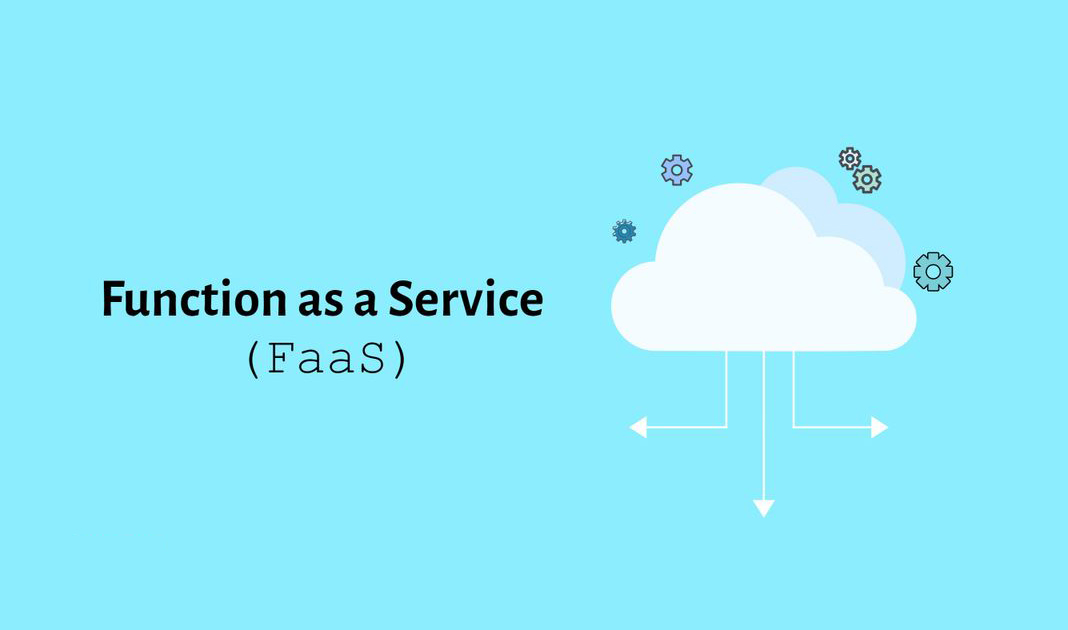 Why Function as a Service?

So we’ve already covered three of the main advantages of FaaS:

By managing the servers for you, FaaS abstracts the server platform away from your application too. You can write your functions in almost any language. You can access other cloud resources like databases and caches.

If you conform to the platform’s defined interfaces, your service will work. This freedom doesn’t come for free, though. FaaS places constraints on functions, and it’s not always the best option.

What are the drawbacks of Function as a Service?

Less system control. Having a third party manage part of the infrastructure makes it tough to understand the whole system and adds debugging challenges.

More complexity is required for testing. It can be very difficult to incorporate FaaS code into a local testing environment, making thorough testing of an application a more intensive task.

How Does FaaS Work?

Function as a Service is a cloud service execution model, so an organization that wishes to take advantage of FaaS should start by forming a relationship with a cloud service provider that advertises FaaS capabilities.

In the FaaS delivery model, developers have no responsibility for maintaining application servers. Instead, they are hosted externally by the service provider and allocated dynamically based on the needs of the customer. FaaS service providers enable software developers to deploy pieces of code known as functions that can be executed on-demand.

When the function is called, the service provider spins up a server, executes the function, then shuts down. Unlike other models where software developers run the application on a dedicated server, serverless architecture is only active when the function is actively being used. Once the function has been executed, it can be shut down again, allowing the same computing resources to be allocated elsewhere.

With functions-as-a-service, software developers have access to a platform that executes application logic on demand and where all of the application resources are secured and coordinated by the service provider. The FaaS model works best for simple, repetitive functions such as scheduling routine tasks or jobs, processing web requests, or processing queue messages.

Use cases of Function as a Service

In terms of availability, security, and maintenance-related tasks, these cloud provider servers are beneficial; otherwise, have to manage manually alongside.

The development team loves Faas service as it simplifies application development, and sending updates to users becomes smooth. With server infrastructure fully optimized, software developers and teams can focus more on what they are best doing. This leads to faster development, faster updates, and response to customers.

In the end, it all comes down to you and your work environment. Identify the FaaS and whether it is suitable for your environment or not. Like every other workflow that works for a particular set of needs and fits in certain situations, the same is the case with FaaS.