Home » Blog » Fog Computing: What is it?

Fog Computing: What is it?

Fog computing extends the concept of cloud computing to the network edge, making it ideal for the internet of things (IoT) and other applications that require real-time interactions.

What is Fog Computing?

The cloud is connected to the physical host via a network connection in fog computing. The storage capacity, computational power, data, and applications are located in this middle space. These functionalities focus on the host, place close to it, and make processing faster as it is done close to where data is created.

Fog, like edge computing, brings the benefits and power of the cloud closer to where data is generated and utilized. Many confuse fog and edge computing since both imply bringing smarts and processing closer to the data’s source. This is frequently done to enhance productivity but can also be used for security and regulatory motivations. 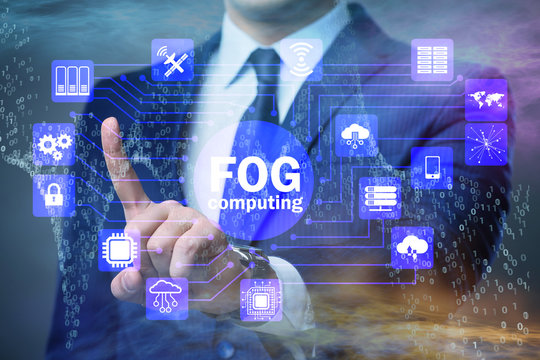 Fog networking complements – doesn’t replace – cloud computing; fogging enables short-term analytics at the edge, while the cloud performs resource-intensive, longer-term analytics. Although edge devices and sensors are where data is generated and collected, they sometimes don’t have the compute and storage resources to perform advanced analytics and machine learning tasks. Though cloud servers have the power to do this, they are often too far away to process the data and respond promptly.

In addition, having all endpoints connecting to and sending raw data to the cloud over the internet can have privacy, security, and legal implications, especially when dealing with sensitive data subject to regulations in different countries. Popular fog computing applications include smart grids, smart cities, smart buildings, vehicle networks, and software-defined networks.

Fundamentally, the development of fog computing frameworks gives organizations more choices for processing data wherever it is most appropriate to do so. For some applications, data may need to be processed as quickly as possible – for example, in a manufacturing use case where connected machines need to be able to respond to an incident as soon as possible.

Fog computing can create low-latency network connections between devices and analytics endpoints. This architecture in turn reduces the amount of bandwidth needed compared to if that data had to be sent back to a data center or cloud for processing. It can also be used in scenarios where there is no bandwidth connection to send data, so it must be processed close to where it is created. As an added benefit, users can place security features in a fog network, from segmented network traffic to virtual firewalls to protect it.

A smart electrical grid is a use case for fog computing. To function efficiently, smart cities must respond to rising and falling demands, reducing production as needed to stay cost-effective. This means that smart grids demand real-time electrical consumption and production data. These kinds of smart utility systems often aggregate data from many sensors or need to stand up to remote deployments. Either way, fog computing architecture is an ideal solution.

Smart transportation networks are another example of a fog computing application. Each connected vehicle, traffic device, and even street on this kind of grid generates a stream of data. This means a tremendous amount of data analysis in real-time is critical to avoid accidents, and a fog computing approach is essential to sharing the limited mobile bandwidth that is available.

Fog computing and IoT generally is a rich area. Connected manufacturing devices with cameras and sensors provide another great example of fog computing implementation, as do systems that make use of real-time analytics.

Fog computing enhances business agility while improving Quality of Service (QoS). The faster the information is processed, the better the experience for users. This also means that employees do not need to operate on a choked-up network, and companies need not pay insane amounts for extended cloud storage. Cellular networks have become more reliable and stronger, even as technology grows in leaps and bounds. Considering the many positives and accelerants of fog computing, companies need to consider this system as naturally as they consider cloud computing while building their infrastructure.