What is Classless Inter-Domain Routing (CIDR)?

CIDR (Classless Inter-Domain Routing) — also known as supernetting — is a method of assigning Internet Protocol (IP) addresses that improves the efficiency of address distribution and replaces the previous system based on Class A, Class B, and Class C networks. The initial goal of CIDR was to slow the increase of routing tables on routers across the internet and decrease the rapid exhaustion of IPv4 addresses. As a result, the number of available internet addresses has greatly increased.

The original classful network design of the internet included inefficiencies that drained the pool of unassigned IPv4 addresses faster than necessary. The classful design included the following:

If an organization needed more than 254 host machines, it would be switched into Class B. However, this could potentially waste over 60,000 hosts if the business didn’t need to use them, thus unnecessarily decreasing the availability of IPv4 addresses. CIDR was introduced by the Internet Engineering Task Force (IETF) in 1993 to fix this problem.

Classless Inter-Domain Routing (CIDR) is based on variable-length subnet masking (VLSM), which enables network engineers to divide an IP address space into a hierarchy of subnets of different sizes, making it possible to create subnetworks with different host counts without wasting large numbers of addresses.

CIDR addresses are made up of two sets of numbers: a prefix, which is the binary representation of the network address — similar to what would be seen in a normal IP address — and a suffix, which declares the total number of bits in the entire address. For example, CIDR notation may look like: 192.168.129.23/17 — with 17 being the number of bits in the address. IPv4 addresses allow a maximum of 32 bits.

The same CIDR notation can be applied to IPv6 addresses. The only difference would be that IPv6 addresses can contain up to 128 bits. 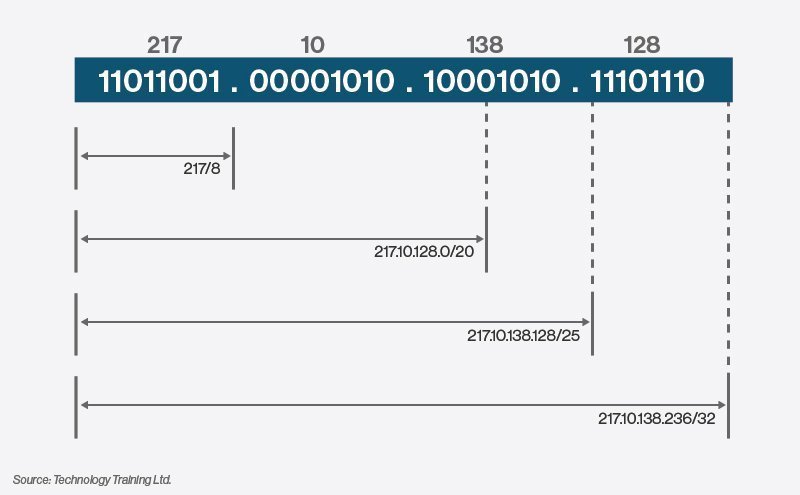 How does CIDR work?

The basis of Classless Inter-Domain Routing is variable-length subnet masking (VLSM). This numerical masking sequence allows network administrators to break down an IP address space into subnets of various sizes. Each subnet has a different host count and a limited number of IP addresses.

Routers that operate on CIDR rely on the destination address to route an information packet toward the gateway. Then, based on the details of the supernet or supernetwork, further unpacking of the address ensues. A router on the supernetwork either uses the most specific network address or the largest one.

Why use Classless Inter-Domain Routing?

Reducing the number of routing table entries is just one of the key features that make CIDR effective. To best understand all of the reasons why CIDR holds an upper hand over the classful routing system, we must look at two things. First, the issues related to the classful system. Second, the general advantages of CIDR.

Classless Inter-Domain Routing reduced the problem of wasted IPv4 address space without causing an explosion in the number of entries in a routing table. CIDR also lets one routing table entry for a supernet represent an aggregation of networks – about which only a router closer to the destination needs to know the details.

CIDR is now the routing system on the internet’s backbone network, and every ISP uses it. It is supported by the Border Gateway Protocol (BGP), the prevailing exterior (interdomain) gateway protocol, and the Open Shortest Path First (OSPF) gateway protocol.

Older gateway protocols, such as Exterior Gateway Protocol and Routing Information Protocol, do not support CIDR. 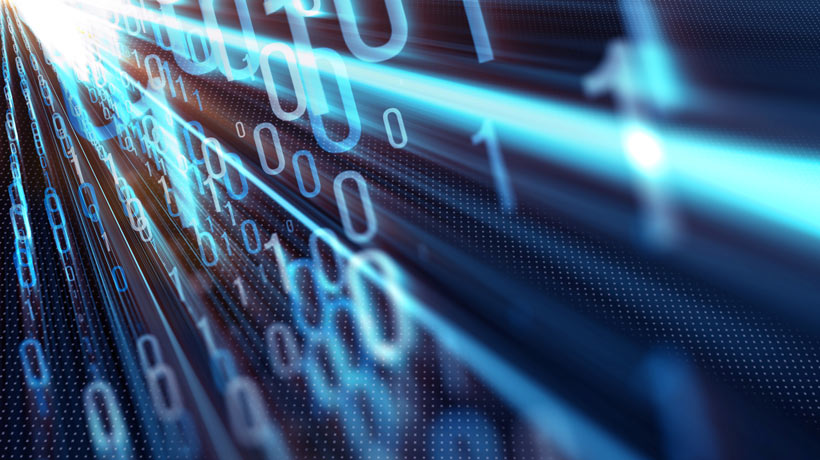 What are Classless Inter-Domain Routing blocks?

CIDR blocks represent groups of IP addresses that have the same network prefixes and number of bits. Combining CIDR blocks that share a network prefix into a larger routing network is called supernetting, the single most important trait of CIDR.

IP addresses with an identical address prefix in their binary notation and the same number of bits are always a part of the same CIDR block. What separates large blocks from smaller ones is the length of the prefix. A short prefix indicates more addresses that make up a bigger block, while the longer prefix indicates a smaller block with fewer IP addresses.

The internet service provider (ISP) is in charge of assigning blocks to an end-user for their private network. That said, organizations and individuals using multiple ISPs may obtain provider-independent blocks directly from RIRs or LIRs.

Classless Inter-Domain Routing IP addresses can be described as consisting of two groups of bits. The most significant group of bits denotes the prefix i.e., a network address that is used for the identification of a network or sub-network. The least significant group of bits is known as the host identifier which determines the total number of bits in the address. It is used to signify the device on the work that will receive incoming information packets.

The total number of bits in this address is 28.

We covered all the important features of a CIDR address and the significance of the technology. We can now view CIDR as an efficient solution to managing and assigning internet protocol addresses, which helps control the exhaustion of IPv4 addresses.

Furthermore, we learned that with CIDR addressing, a single entry in a routing table is good for a group of networks, which reduces the number of entries in a router and brings much smoother and quicker operation.

The world of Internet Protocol and IP addresses is constantly evolving. CIDR, Network Address Translation, and several other measures have been implemented successfully to slow down the depletion of IP addresses; however, the fight against the global IPv4 exhaustion continues.