Home » Blog » CentOS Or Ubuntu: Which one to choose for server?

CentOS Or Ubuntu: Which one to choose for server?

In this comparison between CentOS and Ubuntu, we will look at the key features of the two popular Linux distributions, which will help you choose the right operating system for your virtual server. Choosing an operating system for the server can be complicated because of the large list of features available, especially when it comes to Linux distributions, but none are as popular as CentOS or Ubuntu.

It does not matter if you are a professional or a novice, you usually have to choose between two options and we must say that the choice is not straightforward and simple. In this article, we are going to compare CentOS and Ubuntu to know which one to set up a server.

Overview of CentOS and Ubuntu

CentOS was created as a part of the CentOS project by Red Hat Enterprise Linux. In the year 2004, it was first released in the software market. It is a community-driven free software project built to provide a robust platform for the open source communities to grow. CentOS is also a development environment for most hosting communities, cloud providers, scientific data processing, etc. The developers of CentOS collaborate with several upstream communities to help them distribute and layer their software conclusively on a stable platform.

CentOS allows you to develop in one of the best and most powerful available distributions. It is highly adaptable, as well as safe and robust. It features several corporate-level security updates that declare it an excellent choice for any user. For web servers, CentOS become the most popular Linux distro in 2010. However, it loses its popularity in 2012, as Debian increased its acceptance level by adding new features.

In the following year, the objective of the CentOS developers is to build CentOS Linux as a ruling community platform for expanding the new open source technologies from other projects such as OpenStack.

Based on the Debian architecture, Ubuntu has been a hot favorite for personal and professional use since its initial release in 2004. It is open-source and gets frequent updates to remove any identified bugs. It is laden with a rich set of package groups and features that are capable of meeting the requirements of any project.

Ubuntu comes with a ton of apps. The Ubuntu software center has over 40,000 applications available! Moreover, the operating system is highly customizable and has top-notch security features.

For this blog, we’re going to compare CentOS Linux vs. Ubuntu. Here are five key differences:

Ubuntu is backed by Canonical, which means you can buy support contracts. CentOS has no official backing, but there are third parties that support CentOS, such as OpenLogic. Both distributions are free. Support is an extra service that can be purchased.

CentOS Linux is widely used across the internet for servers. Even Amazon’s Linux (Amazon Linux 1 and 2) is based on CentOS/RHEL and is the basis of much of its cloud offering. Ubuntu is more often used for desktops.

CentOS Linux is updated infrequently, usually with security and bug fixes for every major version. Each major version is supported for 10 years from the date of release (based on the RHEL schedule). This is because of the extensive testing in each release.

Ubuntu is updated frequently, every six months. Support is offered for a version for five years. Because of this, software tends to be more recent, with newer software, but less stable.

Both CentOS and Ubuntu are Linux, meaning much of the core is the same. That being said, there are differences between management tools.

For example, manipulating network interfaces are done with the same tools, IP, ifconfig, etc. Both distributions have created helper programs to make managing those interfaces easier. However, those specific tools are different between the distributions. Thus, there is some distribution-specific knowledge that is not easily transferable between the two.

CentOS Linux uses the RPM package format. A program called rpm is used to manage packages. A front-end tool called yum (updated to DNF in CentOS 8) was created to manage network repositories, dependencies, and other combinations of actions.

Both of these tools manage interactions between packages, allowing you to just use the one tool to do most things necessary. Very rarely will you need to use the underlying programs to manage packages?

CentOS Or Ubuntu: Which Is Better For Beginners?

The answer to this question will depend on your needs and previous experiences with and working with Linux distributions, but Ubuntu is generally a better choice for beginners. This is mainly due to the following two reasons. Ubuntu Distribution has a very large and active community that now covers and helps beginners for free. Thousands of users in online forums have already used Ubuntu.

You can find a lot of tutorials about Ubuntu. Linux VPS with Ubuntu is easier to use for people who have already used the desktop version of this distribution. The same is true of CentOS and Fedora, but the desktop version of Ubuntu is much more popular than other Linux distributions for home users. So if you are a beginner in the field of Linux distributions and do not have special needs, it is better to use an Ubuntu server.

CentOS Or Ubuntu: Which Is Better For Business?

Well, again the answer to this question depends on your needs. You can use Ubuntu for your company’s site or internal server, but CentOS has more advantages than Ubuntu in this regard. Some of these benefits include: The CentOS is very stable and of course safe because there are few updates compared to Ubuntu. This means the software can be used for a longer period and only the secure versions that are released can be used.

If you use a CentOS server, you will not have any problems with the release of new versions of applications that have bugs or problems. Most popular control panels, such as cPanel or Direct-admin, introduce CentOS as the main operating system for their platform and the main recommended platform for installation. So if you have a hosting company or you want to work as a web design company with multiple clients, it is better to use CentOS for your virtual server or dedicated server.

Which one is faster?

They are the same in terms of speed. They are as fast as your hardware. They’ll be as fast as you configure them. You should properly configure and secure all your servers, configurations, and applications, no matter what. 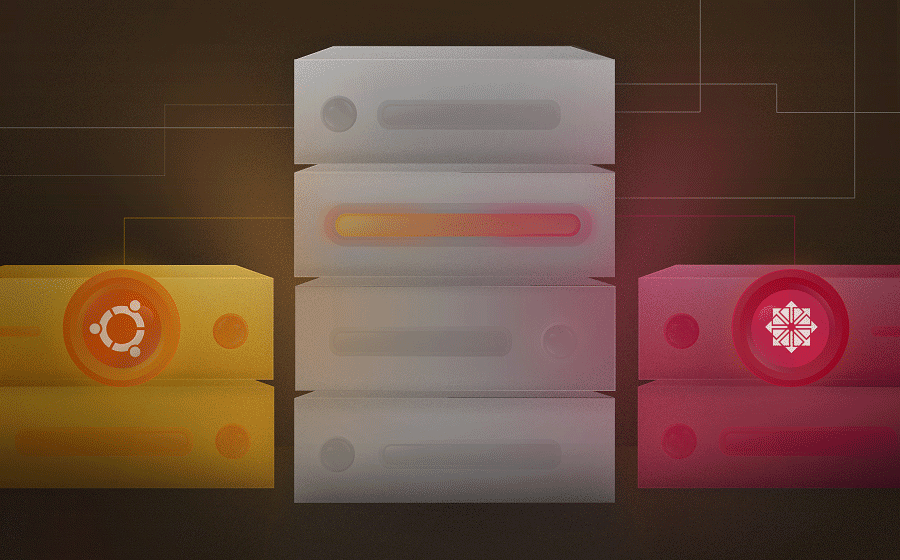 It’s never easy to decide which Linux distribution is best between CentOS and Ubuntu. Both of these distros are open-source, free, and supported by the community. Their performance, dependability, and stability are essentially identical, almost creating a CentOS vs. Ubuntu war. This article compared CentOS and Ubuntu Linux distribution based on their development platform, features, pros and cons, and the idea behind their creation. Now the decision of choosing between these distros is totally on your shoulders.